Per una volta mi indigno anch’io a Natale. Ma per i cristiani perseguitati 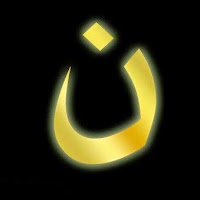 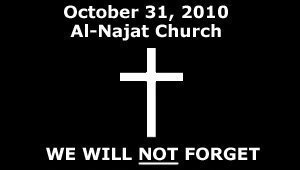 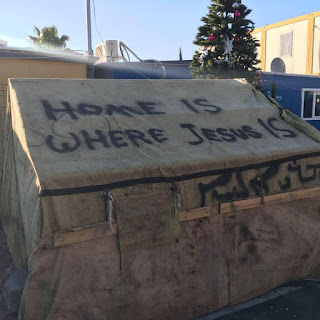 Christmas comes with pain but hope for displaced families in Iraq

Habiba Daud remembers Christmas in Qaraqosh as beautiful. The festivities would start days before with the preparation of traditional food and desserts. Families celebrated around a large Christmas tree.
On Christmas her family and friends gathered to enjoy the food and spend time together, chatting and playing with the children.
This year will be the second Christmas Daud will spend away from her home, against her wishes. In August 2014, Islamic State fighters seized Qaraqosh, a city less than 20 miles southeast of Mosul.
The Islamic State attacks in northern Iraq displaced more than 120,000 Christians, as well as minority Muslims and Yezidis. Today, many of those people live in Irbil, capital of Iraqi Kurdistan.
In the first weeks the displaced lived in tents and temporary shelters in parks and churches. Today in Ainkawa, a Christian neighborhood of Irbil, there are eight camps where refugees live in plastic trailers locals call "caravans." Many rent apartments or live with friends and family in others parts of Iraq.
Among the displaced was Sister Diana Momeka, a member of the Dominican Sisters of St. Catherine of Siena. Previously Sister Momeka called Mosul home. When ISIS overran Mosul in June 2014, Sister Momeka and 73 other sisters from the Ninevah Plain fled to Qaraqosh, only to be displaced again in August.
"When you leave your home you leave your own dignity," Sister Momeka said. "You leave your own tradition, you own customs, your own churches, your own community."
Today the violence in northern Iraq continues without a clear solution in sight. Many ask themselves if it is possible to celebrate the holidays after losing all their belongings and being forced from their homes and ancestral land.
"It will be like any other day, although we will celebrate it for our child," Nabela Salim said of Christmas, while holding her 2-year-old son, Marvin.
Salim also fled Islamic State, first from Mosul and later from Qaraqosh. She lives in Ashti 2, a camp for internally displaced Christians in Ainkawa.
The trailers seem designed for up to three people, but it is common to see families of five, seven or even more occupying them.
A 10-minute drive from the camp where Salim lives, about 220 families live on the grounds of a former sports-center-turned-refugee-camp. As a reminder of its former use, an empty pool remains in the middle. At the bottom of the pool discarded 25-liter plastic jugs litter the still water. Residents of the camp use shared bathrooms. The plumbing empties into an open area inside the camp.
Sister Momeka said she believes that while the conditions are difficult, it is possible to celebrate Christmas. While in other parts of the world people are busy with decorations and shopping, their displacement makes Iraqi Christians focus on something else.
"We don't neglect the fact that no matter what, despite ISIS, despite all the hardships, Jesus is saying I am coming to save you," Sister Momeka said. "For us, Christmas in the midst of our suffering is about the birth of Jesus in our hearts."
The church has had a fundamental role in keeping hope among those displaced. After thousands of people arrived in Kurdistan, it was the church that mobilized people and resources to aid those in need. That was when Sister Momeka helped found a medical center for the displaced. It was the first of many projects that included two other medical centers and three schools.
Sister Momeka said the mission of these projects is to offer hope and show Iraqi Christians that although they are displaced, they have not been abandoned, especially during the holidays.
The week before Christmas, Majida Sabali of Qaraqosh sat in a trailer with her children Dima, Fadi and Nafa, next to an artificial three-foot Christmas tree. The tree was loaded with red, blue, gold and silver stars. It also had pieces of cotton over its branches reminiscent of snow. In preparation for Christmas she has made some sweets and bought new clothes for the children.
"I have a strong faith and also a strong faith that I will go back to my hometown, Qaraqosh," Sabali said.
Pubblicato da Baghdadhope alle 16:20

Italy will open a Consulate General in the Kurdistan Region capital of Erbil on Tuesday (Dec. 22), following the country’s Parliament Speaker’s arrival to Erbil, a senior official confirmed Tuesday.
Member of the Kurdistan Regional Government’s (KRG) Department of Foreign Relations, Abdulkhaliq Mohammed, told NRT that the Italian representative will arrive in Erbil Tuesday for the Consulate opening.
Italy already has an Embassy Consular Office in Erbil to carry out basic functions in the region and to improve the country’s relations within the Kurdistan Region but the Consulate with full functions is a step forward.
Mohammad said “Italy Parliament Speaker will change the office to Consulate General, which is the highest representative office after Embassy.”
Up to 33 countries have representation offices in Erbil, including the five permanent members of the United Nations Security Council.
A KRG delegation headed by Prime Minister Nechirvan Barzani visited Italy in March to discuss bilateral relations between both sides and the latest developments in the war against Islamic State (IS).
During the meetings with Italian officials, Foreign Minister Paolo Gentiloni told the KRG delegation that his country had planned to upgrade Italy’s diplomatic representation to Consulate General.
According to the Erbil Governorate website, Gentiloni said the decision was the evidence of the importance that Italy placed in its relationship with the Kurdistan Region.
Pubblicato da Baghdadhope alle 16:16

700,000 Iraqi Christians have left the country over 30 years

Statements from Kanna come after British members of Parliament sent a letter to Prime Minister David Cameron urging the recognition of the Islamic State (IS) targeting of minorities as genocide.
Kanna, who is also the Secretary General of the Assyrian Democratic Movement, expressed concern about the situation of Christians in a meeting of the Iraqi Parliament providing an overview of the last three decades in Iraq.
Migration and departure from Iraq began en mass during the Saddam Hussein regime. According to Kanna, the lack of church bells ringing for New Years is symbolic of the situation for the Christian minority. Traditionally, church bells are rung for New Years but this year there was silence.
After the formation of the Islamic State (IS) in Iraq, many people were forced from their homes, including Christians. Many Iraqi Christians sought refuge in the Kurdistan Region after displacement and others left the country to seek asylum. Following the arrival of IS, Iraqi Christians have experienced harassment and churches vandalized, creating a sense of fear among the minority group.
Christians in Iraq are considered one of the oldest, continuous Christian communities in the world. The majority are indigenous Eastern Aramaic-speaking ethnic Assyrians. In Iraq, Christians numbered about 1.5 million in 2003, representing just over 6% of the population of the country. The number continues to decrease from the 12% estimated in 1947.
Pubblicato da Baghdadhope alle 16:14

Patriarca di Baghdad: preoccupazione per i cristiani in Iraq