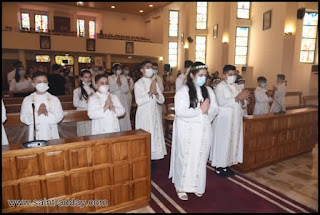 Turkish forces bombed the vicinity of a Christian village in Duhok province in the early hours of Tuesday morning, damaging several buildings, including the village church, locals have told Rudaw.
“It was around 2:40 am when the rockets hit near the village. As you can see, it is only 100 meters away,” Dawoud Yukhanna, a villager from Miska, told Rudaw, adding that “people were terrified.”
“They could not sleep all night after hearing the loud sound of the bombs.”
Yukhanna also said that the windows of the church and several other houses in the village were broken in the bombardment. Miska is located in Amedi, and lies some 15 kilometers away from Kesta and Chalke - villages recently abandoned due to Turkish airstrikes.
Only eight families have returned to live in Miska.
The Turkish army launched two military operations in Duhok province's Avashin, Basyan, and Metina areas on April 23.
Their stated aim is to remove the Kurdistan Workers’ Party (PKK) fighters from these areas.
The PKK is a Kurdish armed group struggling for the increased rights of Kurds in Turkey.
It is considered a terrorist organization by Ankara which regularly carries out military campaigns against the group at home and in the Kurdistan Region.
The ongoing clashes between the PKK and Ankara have pushed many to flee their homes.
On Tuesday, Edine became the third village to be evacuated since Turkey launched new operations, with the four remaining families leaving their homes.
Most of the families have fled to elsewhere in the province.
A 20-year-old civilian was injured in Deshish village on Tuesday after Turkey bombed a nearby area.
Only three families remain in the village.
Pubblicato da Baghdadhope alle 15:48

His Holiness Pope Francis sends a message to MOMD Minister

By Iraqi Ministry of Migration and Displaced (MOMD) 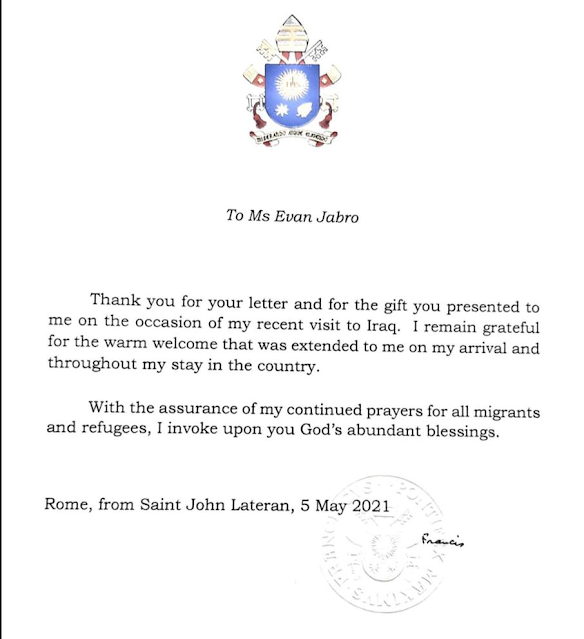 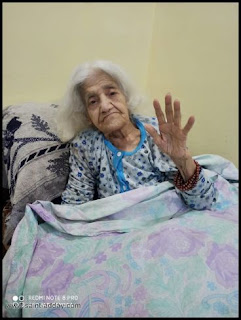 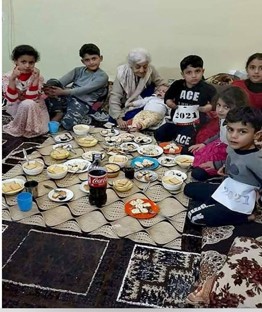 By Emirates News Agency
WAM/Hassan Bashir/Hazem Hussein
The project, supported and financed by the UAE, to rebuild the Great Mosque of al-Nuri, the Conventual Church of Our Lady of the Hour and Al Tahira Church is approaching a new phase, as the city of Mosul, Iraq, is close to regaining its historic and cultural significance as a beacon of tolerance and human coexistence.
The Ministry of Culture and Youth in the UAE and the Iraqi Government are participating in an exhibition showcasing the project, under the patronage of the United Nations Educational, Scientific and Cultural Organisation (UNESCO) and on the sidelines of the 17th Venice Biennale of Architecture, which will take place from 22nd May to 21st November, 2021.
The UNESCO joint commission responsible for restoring the Great Mosque of al-Nuri, the Conventual Church of Our Lady of the Hour and Al Tahira Church will decide, on 6th May, the future steps for restoring these key three landmarks in Mosul.
The project, supported by the UAE, aims to restore and rebuild historic landmarks in Mosul, most notably the Great Mosque and its famous Al-Hadba Minaret measuring 45 metres in height, which were built over 840 years ago.
The UAE is keen to strengthen its ties with UNESCO and support its activities, initiatives and programmes, to benefit the world’s peoples and promote the values of compassion, peace and tolerance.
The UAE is the sixth leading donor to UNESCO and finances many local, regional and global projects.
The current crisis caused by the COVID-19 pandemic led to the commission’s fifth meeting to be held online, with the attendance of Noura bint Mohammed Al Kaabi, Minister of Culture and Youth, Dr. Hassan Nadhem, Iraqi Minister of Culture, Ernesto Ottone Ramírez, Assistant Director-General for Culture of UNESCO, and representatives of relevant local authorities.
Pubblicato da Baghdadhope alle 14:49

The Kurdistan Region's parliament on Tuesday voted a Christian lawyer as head of the Independent Human Rights Board.
Muna Youkhanna, 50, was chosen out of 11 candidates and received 71 votes from MPs. In an interview with Rudaw on Tuesday, Youkhanna said she has published 33 books and research papers on human rights, and has been teaching law for more than 20 years at Erbil’s Salahaddin University.
The current head of the human rights board, Ziya Petros, is also a Christian. While the population is predominately Sunni Muslim, Christians are spread throughout Kurdistan Region. Almost 138,000 Christians were displaced to the Kurdistan Region when the Islamic State (ISIS) took over swathes of Iraq in 2014.
In late April, Kurdistan Region President Nechirvan Barzani told Vatican ambassador Mitja Leskovar the rights of Christians will be protected in the Region’s constitution, as “Christians are integral part of the Kurdistan Region and play a significant role in serving, building, developing and fostering a culture of coexistence in the Kurdistan Region.”
The Kurdistan Region hosts many Iraqi Christians who fled their homes when ISIS took control of Mosul and the Nineveh Plains in the summer of 2014.
Many more have left Iraq altogether, with the number of Christians in Iraq currently estimated at 300,000, down from 1.5 million before 2003, according to Erbil's Chaldean Archbishop Warda.
Ano Jawhar Abdulmasih Abdoka was sworn in as the Minister of the Kurdistan Regional Government's (KRG) Transportation and Communications in 2019, using a bible that was burned by ISIS militants in the Nineveh Plains, wanting to demonstrate that Christians will remain an essential part of the Kurdistan Region.
A Christian MP criticised Youkhanna’s appointment, citing her alleged involvement in a protest over the Assyrian village of Nahla, where residents claim their land is being subject to land-grabbing attempts.
Farid Yaqub Eliya, a Christian MP from al-Rafidain party, voiced his discontent, saying it “doesn’t suit the principles of democracy and coexistence.”
Pubblicato da Baghdadhope alle 14:45

By Christianity Daily
Olivia Cavallaro
Residents of two villages were forced to evacuate when Turkish forces attacked an Iraqi province on the anniversary of the Ottoman-era genocide of Christians.
The Christian residents of two villages in the Duhok Province of Iraq were forced to flee as Turkey launched airstrikes in the area. Residents of Kesta Village evacuated by May 3 with some retreating to the nearby Chalke Village, which was then evacuated over the weekend save for one person.
According to International Christian Concern, Turkey's airstrikes became increasingly aggressive in April, enabling their forces to establish new military bases in the area. The timing is believed to coincide with the anniversary of Ottoman-era genocide of Christians.
Officials reportedly said Turkey also deployed chemical weapons at least three times in the area since the military operation began, claiming that these were part of national security operations against the PKK terrorist group inside Iraq.
Footage from the two Christian villages showed families evacuating as the airstrikes continued in the background. The community traveled through a rural, mountainous region, often over difficult roads together with their farming livelihood. Iraqi media showed footage of the airstrike damage.
One man who refused to leave the Chalke Village vowed that he would not abandon his home despite the airstrikes.
"I have not abandoned my house and will not until I die. I sleep in my house, disregarding the constant bombardment," Yousef Zayya, the man who stayed behind, told Rudaw.
The Anadolu Agency reported over the weekend that the Turkish security forces discovered a four-room cave in the Avasin-Basyan region which housed PKK terrorists in northern Iraq. They also found that the cave, which could house up to 50 terrorists, also had a "separate room with a steel door for hostages."
Turkish security forces confiscated nine improvised explosives and ammunition for 10 mortars. In a separate operation, Turkish security forces also seized weapons and ammunition in a cave in the Avasin-Basyan region where they neutralized six PKK terrorists in an anti-terror operation held on Sunday.
According to Daily Sabah, the Turkish Armed Forces (TSK) that launched airstrikes in the Gara region were able to eliminate at least 16 of 19 terrorists in two separate operations in northern Iraq. The ministry said that operations are continuing in the area to eliminate PKK terrorist groups. The TSK's large-scale military operation against the said group began in northern Iraq on April 23.
Turkey reiterated that it would not tolerate terrorist threats and called upon Iraqi officials to contain the threat. PKK's 40-year terror campaign against Turkey has led many countries to label it as a terrorist organization, including the United States and the European Union.
In April, President Joe Biden spoke with Turkey's President Recep Tayyip Erdogan before the U.S. President recognized the Ottoman-Era genocide in April 1915. According to NPR, President Biden said in a statement, "Each year on this day, we remember the lives of all those who died in the Ottoman-era Armenian genocide and recommit ourselves to preventing such an atrocity from ever again occurring."
Turkey has rejected historians' definition of the 1915 event as a genocide, which is why Biden's declaration may cause friction between the two nations despite the U.S. President's wishes to create a "constructive bilateral relationship with expanded areas of cooperation and effective management of disagreements" with Turkey.
Pubblicato da Baghdadhope alle 15:23

By Rudaw
Sura Ali
May 9, 2021
A Christian delegation headed by the Iraqi Minister of Migration and Displacement held mass in Maysan and Dhi Qar provinces on Saturday, discussing religious coexistence with local officials, according to a statement from the minister.
Minister Evan Jabro, accompanied by the Patriarch of Antioch of Syriac Catholics Mar Ignatius Yusef III, visited Maysan to meet with governor Ali Douai t0 discuss religious coexistence in the province, Jabro’s office said in a statement.
"The visit of the Patriarch of the Syriac Catholic Church of Antioch to Iraq is a historic visit as it is a good initiative for all Christians in Basra, Amarrha and Nasiriyah," said the minister, who added that the visit aims to protect and “maintain” the Christian presence in Iraq.
The delegation also visited the ancient city of Ur in Dhi Qar province, the birthplace of the Prophet Abraham, where Pope Francis met with religious leaders during his March visit.
The pontiff visited various locations across Iraq and the Kurdistan Region during his trip. He is the first pope to ever visit the country.
According to data from Erbil’s Chaldean Archbishop Bashar Warda, there were more than one million Christians in Iraq before 2003. Fewer than 300,000 remain today.
Pubblicato da Baghdadhope alle 14:39

By CathNews
Fr Marogi replaces long-time director Fr Maurizio Pettenà CS, who will complete his time with the agency next month. Among the key tasks of the Australian Catholic Migrant and Refugee Office (ACMRO) is collaboration with dioceses and religious institutes to support visa applications for clergy and religious arriving from overseas.
Fr Marogi, who ministered to the Chaldean Catholic community in Sydney and Melbourne for more than a decade before moving to work in Port Pirie Diocese, has been overseeing that visa process for the regional South Australian diocese in recent years. He also served as chaplain to the three prisons in Port Pirie Diocese, as well ministry at a Catholic school and within local Aboriginal and Torres Strait Islander communities.
He also started visiting refugee and asylum-seeker families and unaccompanied minors at a South Australian detention centre that reopened during this time in Port Augusta.
Having lived in Iraq during the First Gulf War, one of a small number who stayed at the seminary in Baghdad while bombs rained down, Fr Marogi understands well the issues refugees and asylum-seekers face.
The ACMRO each year issues a statement and various resources for World Day of Refugees and Migrants, something the Catholic Church has commemorated for more than a century. Fr Marogi said the Church’s approach to people seeking to live in Australia, regardless of their circumstances, is one of care and compassion. “Whatever the policies might be, and whether the people are genuine refugees or not, the key thing is treating them with dignity and with respect,” he said.