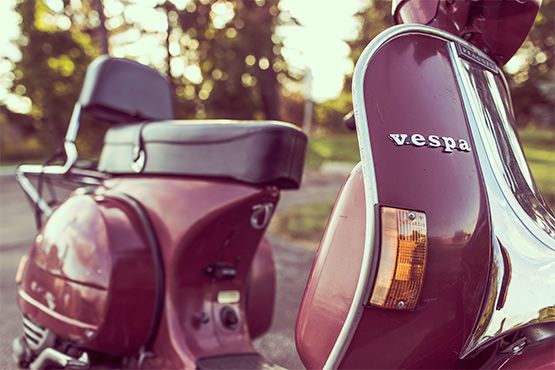 After ISIS, Both Minorities And Majorities Struggle In The Face Of Dysfunctional Governments

Five years ago, Iraq's summer of ethnic cleansing and genocide unrolled between June 2014 and August 2014, as the Islamic State (ISIS) targeted religious minorities for destruction – first in the city of Mosul and then in Sinjar and Nineveh Plains. The situation of these Christian and Yazidi minorities five years later is an object lesson in the challenges of administration, reconstruction, and resilience in Iraq and the region. If the targeting of these groups was an object lesson in religious hatred five years ago, their fate today is a lesson in the importance of good governance for minorities and majorities.
After the stunning June fall of Mosul into the hands of a small group of ISIS fighters, the city's ancient Christian population was targeted, their property appropriated (marked with the Arabic letter N for Nasara, the Quranic term for Christian), with almost the entire population fleeing by July 2014. Many of these Mosul Christians would be displaced a second time when, a month later, ISIS overran the historic Christians villages on the Nineveh Plain and 100,000 fled, with hours to spare, as Kurdish Peshmerga forces withdrew from their defensive lines.
The ISIS assault on Yazidis in Sinjar beginning August 3, 2014 was much more horrific, with thousands killed on the spot and 6,000 women, girls and children kidnapped, enslaved, raped, and brainwashed.[1] There is no doubt that the ISIS goal was to exterminate Yazidis as a distinct people. In other words, genocide.
While these tiny religious-ethnic groups, Yazidis and Assyrian Christians, were selected for particularly harsh treatment, ISIS violence was nothing if not pervasive across all ethnic and religious groups. That bloody summer five years ago also saw the largest single ISIS massacre in Iraq – of mostly Shia Muslim Iraqi Air Force cadets at Camp Speicher in June 2014 – and the largest single ISIS massacre in Syria – of Sunni Muslim Shaitat tribesmen in Eastern Syria, in August 2014.
Five years later, what is the current situation of these groups ISIS sought to extinguish? Mosul was regained, after bitter fighting, in February 2017. While the eastern part of the city was captured relatively intact, ISIS fought fiercely in Mosul's old city, leaving much of that historic district devastated. Of the roughly 6,000 Christians in Mosul in 2014, fewer than 100 have returned home. Up to 1,000 Christians travel to Mosul on daily basis for work or school from neighboring villages.[2]
On the Nineveh Plain, retaken from ISIS in October 2016, about 46% of the pre-ISIS population has returned (41,000 out of an estimated 90,000). The destruction caused by ISIS occupation and the battle to liberate the region was massive.[3] Much of the reconstruction has come from international Catholic organizations such as Aid to the Church in Need and the Knights of Columbus. The governments of Hungary and the U.S. have also played a productive role.
Sinjar was partially retaken from ISIS in November 2015, with much of the city reduced to rubble (it had a pre-ISIS population of 80,000). The area was a bone of contention between Iraqi Kurdish forces and Baghdad until October 2017, when the Peshmerga surrendered the now fully liberated region to the Iraqi Army and PMF militias. There has been almost no reconstruction in Sinjar, and almost 300,000 people from the region are still displaced elsewhere in Iraq.[4] Of course, some of the missing population in Sinjar, Mosul, and Nineveh Plain is now in Europe or Australia, or died somewhere along the way fleeing Iraq.
In all three areas, lack of security is a double threat that inhibits both population returns and reconstruction: the danger of a return of ISIS elements who had enthusiastic support from the region's local Sunni Arab population and the depredations of Iranian supported militias who are a law unto themselves.[5] The lack of economic opportunity is a further obstacle.
Some Iraqi government support for reconstruction exists on paper and has been allocated in the federal budget, but inefficiency and corruption are major problems – throughout the country, not just in these devastated zones.[6] With hundreds of thousands of Nineveh Governorate's citizens still displaced, the former governor, now a fugitive from justice, was accused of embezzling more than $10 million intended for IDPs.[7] Almost 10% of the governorate's budget seems to have gone missing.
It would be easy to blame the struggles of Iraq's desperate Yazidis and marginalized Assyrian Christians on bigotry, religious extremism, or foreign machinations by Iran. All those factors are real.
There are also people and politicians of good will in Iraq, from its President Barham Saleh on down, who work hard to make things better for all of the country's citizens. The problem for Iraq's minorities is less bigotry or extremism than incompetence, corruption, and poor governance. This is a challenge that bedevils all citizens, and certainly is not unique to Iraq. Indeed, because there is still some political and media space in Iraq in comparison to many of its neighbors, and there are mechanisms which can expose at least some abuse.
Continua a leggere...»
Pubblicato da Baghdadhope alle 15:10